Something that drew me in on the case of Samuel is that the initial investigation was lead by a man named Marcus Anderson, an officer who’s conviction history is plagued with accusations of false evidence and a clear bias against minorities.

One of them, a 24 year old African American, named Lewis Hinton, was convicted for the rape of a young woman named Alice  just outside Oakville. (That’s not her real name by the way). Hinton had been seen in the area around the same time, heading back from a night out and was positively identified by the victim.

Hinton spent 3 years in prison before CCTV evidence suddenly emerged that proved his innocence and he was eventually set free.

The victim later confessed that she had been manipulated and pressured by Anderson into incriminating Hinton. She claims, and I quote, “He asked if he was the man who did it,” … I said “I didn’t think so”. Then he asked if she thought he would be capable of doing something like that based on his appearance. She said ‘I don’t know’. Then he said “a man like that is more than capable. And if you don’t help to put him away, then it should forever be on your conscience.

It’s important to note that the officer, Anderson, denied ever saying any of that.

But… let’s just say he did. What if he did the same to the witnesses in Sam’s case?

The point is, I’m about to start exploring each piece of evidence in this case, and before doing so I wanted you all to know about Anderson because innocent or guilty, it could be an important factor in what’s to come. 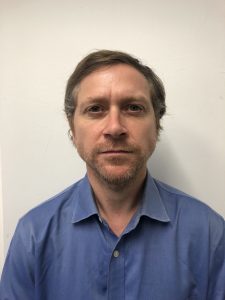 A Brief Timeline of Alleged Events